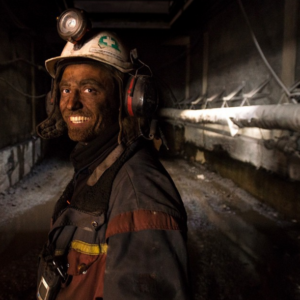 (Photos by Eric Guth for @meetthenorth) 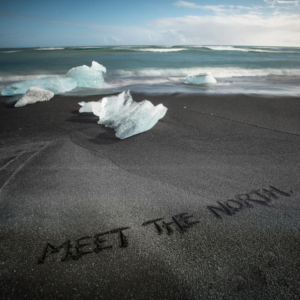 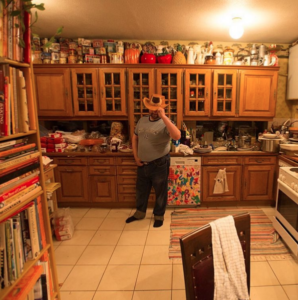 Instagram is big, it’s growing, and it’s an opportunity for us nonfiction types. Yes, there’s a bad reality show component, but don’t be fooled. There is fine documentary there too, and we can be a part of it.

Instagram made me nervous at first. I saw it, like other social media, as a proliferation of social obligations—without the benefit of leaving the house.

A friend convinced me to give it a try; she said it would be perfect for our new idea, Meet the North, which, in half a year, grew from a spark to a full-time commitment—a bonfire that took over my yard.

I’ve been traveling to meet the people of the Arctic starting in Svalbard, Greenland, Iceland, and Nunavut, and I set my itinerary by the recommendations of the people that I meet. Their introductions, from one person to the next, lead me along the true threads of life up north, and I’m sharing the journey on Instagram.

My goal is to help the world see life in the Arctic from a new vantage point, and by partnering with Lindblad Expeditions-National Geographic, the sponsors for this project, we are making that real, one introduction at a time.

Instagram is a big part of the story-telling. Here’s what I’ve learned about using it:

Writers, let’s face it, people love photos (we love them too), and with screens everywhere they’re unavoidable. So … if you can’t beat ‘em, join ‘em. And here’s the good news: you don’t have to be a master photographer to hook an audience. Yes, there are hundreds of world class photographers with herds of followers, and their photos might make you jealous, but photos are not the only key to sharing your story through this platform.

Think of the photo as the hook, and we all know that a good story is more than a hook.

Great photographers, like writers, are great storytellers, they just use a different medium. As writers, even if we’re new to photography, we have a big advantage. Think about the elements of a good story when you compose for Instagram: context, character, conflict. What can you put in the frame (or leave out) to make your audience read on?

Many writers already take pictures, a combination encouraged by digital publishing platforms, so Instagram could be your match made in heaven. Or it could be a kick to get your photography started.

I was getting ready to pilot Meet the North in Svalbard in June 2015, when a photographer I knew asked if he could tag along. “Just to document what you’re doing,” he said. I had long been a lone wolf on the work front, and in the pilot stage, if failure was on the horizon, I preferred to do it in private. I hesitated, but the quality of his work and suitability of his character were undeniable; I would have been a fool to say no. So off we went, and a collaboration was born.

Here’s an idea for you loners out there: partner up. Who could you work with? Who would make hitting the road more fun? Whose photos could you write to? How could a collaboration make you stronger?

My favourite writer/photographer team—and they are at the top of this game—is Neil Shea (@neilshea13) and Randy Olson (@randyolson). This is synergy.

4) Community could happen to you

Everybody talks about community on social media, but it eluded me until Instagram. The bizarre concept of digital belonging is highly personal, but Instagram reminded me “don’t knock it til you’ve tried it.” Based on the mild depression I get from cruising Facebook’s Ocean of Good News, or the oh-so-lonely aftereffects of shouting down Twitter’s echoey hallway, I never thought I would have opened Instagram.

To my delight, I’m finding stories that I care about and faces that intrigue me. When I was alone in Greenland, after a meal of dried capelin and a rainy walk back to a deserted dorm, I was surprised at the power of those tiny comments to keep me going.

Let’s end on a high note. Get out of the box. Use photos of anything to help tell your story. Document the facts, detour into fiction, or let an image represent an idea. Here are a few feeds to feed your imagination:

We can’t know where media is going, but it’s an adventure to be part of that uncertainty. Let’s not worry too much about which way the train is going, let’s get on it.

Are you a member of the CNFC with a blog idea? Send your pitch to Ashley.

Also, be sure to check out the recent call from Creative Nonfiction for Instagram micro essays.