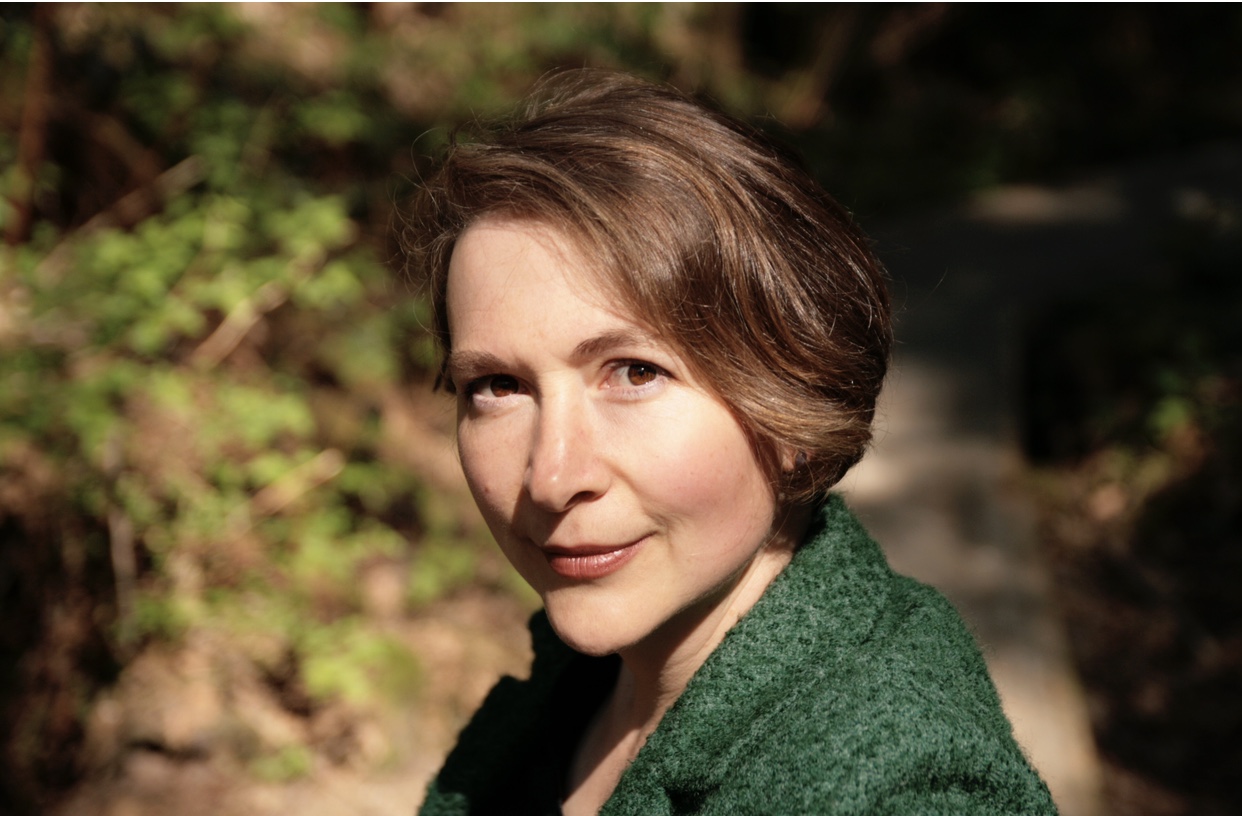 Rachel Rose’s fiction debut, The Octopus Has Three Hearts, was published by Douglas & McIntyre in 2021, and was longlisted for the Scotiabank Giller Prize. She is the author of four collections of poetry, including Marry & Burn, which received a 2016 Pushcart Prize, and was a finalist for a Governor General’s Award. From 2014 to 2017, she was Poet Laureate of Vancouver. Her memoir, The Dog Lover Unit: Lessons in Courage from the World’s K9 Cops, was shortlisted for the 2018 Arthur Ellis award for best non-fiction crime book. A former fellow at The University of Iowa’s International Writing Program, and a former fellow at The University of Iowa’s International Writing Program, she has taught creative writing at Simon Fraser University’s The Writer’s Studio (TWS), Simon Fraser University’s Continuing Education Program, Washington State’s Poets in the Schools, the University of British Columbia, Kwantlen University, and, at present, Vancouver Manuscript Intensive (VMI)

How did you feel when you found out The Octopus Has Three Hearts was long–listed for The Giller? Who was the first person you told?

Astonished and thrilled! My brilliant agent, Hilary McMahon, called first thing in the morning from Toronto and left me a happy message telling me the news. The first person I called was my wife, and I danced around the house a bit. Then I called Hilary back and danced around some more. It has been a joyful interlude, and happily that hasn’t changed when I found out The Octopus was not on the short list. I was given an unexpected gift, and I don’t want to respond to a gift by craving an even bigger gift. I’m grateful to the judges, and I’m grateful to Jack Rabinovitch for founding The Giller Prize. It has helped so many authors find substantial numbers of readers for their books.

The Octopus Has Three Hearts is your first book of fiction. When did you start this project? Did you know from the beginning you were writing a collection of stories?

I wrote most of the stories in this book a year before the world changed. My family and I had moved to France and Italy for most of the year of 2019. I wrote on footstools and counters in whichever place we were staying. I wrote in a state of almost magical flow. It was being away from home that allowed me to look at home, which is so often the case for writers. It was good to be gone, to step outside North America and be entirely elsewhere. Writing while on the move worked well for me. I’m naturally a restless person, so I liked that we changed cities and countries every few weeks. We moved through time differently. The kids were being homeschooled. The preoccupations of the people around us were completely different as well. We were wrapped up in weekly riots with the Gilets Jaunes, with police massing under our building in Toulouse every week, people throwing bricks and smashing banks, police firing tear gas, our evenings roaring with helicopters, and the urban population in a state of unrest.

I knew I was writing short stories, and that they revolved around conflict. I didn’t know they would become a collection. I just took each character as he or she came to me and tried to keep up with their bizarre narratives, unreasonable demands and poor life choices.

In your book, The Dog Lover Unit: Lessons in Courage From the World’s Canine Cops, you write about the dogs that work with police officers, and in your latest book The Octopus Has Three Hearts you write about “about damaged people who have done or survived terrible things and must make their way in an unforgiving world, where animals offer a kind of solace that the human world withholds,” what is the connection—if any—between these books and the subject matter?

I am interested in those people and those creatures that we as a society despise. I did not deliberately sit down to do this, but my book contains situations and characters that would anger or alarm people across the political spectrum. So my characters are misfits and criminals, people who’ve caused or survived trauma, and have been warped by the experience. In pairing them with creatures that inspire loathing or misunderstanding—bats, rats, pigs, octopuses—I challenge the reader to think about those divisions of good and bad, pet and meat, redeemable or revolting.

At their heart, my stories are arguments: so, if someone does this reprehensible thing, should we force them to live under a bridge? At what point do we revoke their human citizenship, cancel them? When that has happened to them, how do they endure the rest of their lives? Some of them choose the company of non-humans to provide a measure of solace. And then, of course, who are the real beasts in my stories? What does it mean when a pig can be a better son to a family than their biological child?

Gustave Flaubert wrote, “The art of writing is the art of discovering what you believe.”  I think that is particularly true for writers of creative non-fiction, of essays, where a writer explores a topic, turns an issue over and over in the mind and on the page, tries to set aside preconceived notions and interviews and follows those who see the world quite differently. Thoughtful creative non-fiction requires deep creative listening skills as much as it demands creative writing ability. It raises questions as often as it answers them.

So I wrote both The Dog Lover Unit and The Octopus Has Three Hearts because I wanted to wrestle with these fraught situations and these difficult topics in order to discover what I believed. My books are an invitation to the reader to do the same. Not to come to my conclusions, but to get down and grapple in the dirt themselves. To reject the easy answer. I also wrote them in opposition to the prevailing cultural mores of this divisive time we are living through, where we literally cannot talk to each other across the cultural divide, cannot forgive each other, and are more and more isolated in our own information silos. I have talked to people who are more on the right politically, and I know many lefties as well. What unites them both is fear. Fear for the future, fear for the direction of the nation, and fear of those who think differently than they do. And who profits from these divisions if we are all afraid of and enraged by each other, if we no longer trust and protect our fragile institutions, and if we can no longer find common ground?

You have written four books of poetry. How do you think writing poetry influences your other writing?

Reading and writing in several genres is the right choice for me. I enjoy the challenge of being a beginner, and each genre has its particular pleasures. Of course, each new book is a new beginning, but it’s much more of a challenge when I haven’t done it before. I believe this is a bad idea for a career, though—much better to stay within your genre lane and be known as the writer who does one thing, or maybe two. Oh well.

Poetry is about musicality of the line, sound, word choice, compression—all of those are helpful in any genre. Paying attention at the level of the line doesn’t solve problems in plot or pacing, but it can make writing sing.

As a mentor at the Vancouver Manuscript Intensive you work with many emerging writers. What advice do you offer when they are discouraged?

Discouragement for writers comes in many forms! I would remind them that there is no success without rejection, and often success for a writer looks like ten or twenty years of slow and steady failure. I would remind them that they probably write because they enjoy crafting stories, essays or poems out of words, just as a woodworker enjoys building things out of wood. That they—that we—write not to win prizes or to become famous, but because it is ultimately extremely satisfying to have created something out of nothing.

I would advise them to read when they can’t write, to be drawn back to the love of creating by the appreciation of the creations of others. A writer reads differently—she reads for pleasure, like any reader, but also looks at how a work is shaped and crafted, narrative strategy, metaphor, pacing. It is deeply engaging to study a great book and imagine its author choosing how to build it. And then to be inspired to build your own book, to the best of your ability.

With all the writers I mentor, at Vancouver Manuscript Intensive or elsewhere, I advise them to build community. Writing is so solitary! So I would also advise emerging writers to find their people, the two or three people with whom they can share work, troubleshoot, and give and receive honest feedback. A writing program can help them find those people; it’s not the only way, of course, but it’s an efficient route.

What is your current book crush?

You know I can’t pick only one, right? For fiction: Ayelet Gundar-Goshen’s The Liar. Emily St. John Mandel’s The Glass Hotel. Richard Powers’ The Overstory. Rohinton Mistry’s Family Matters (current for me since I just picked it up for the first time on a recent visit to Toronto, but a good book is always current).

Non-fiction: Michael Harris’ Solitude; Massimo Pigliucci’s How to be a Stoic.