Ian Brown: ‘I can’t wait to see what the new generation of nonfiction writers is up to’ 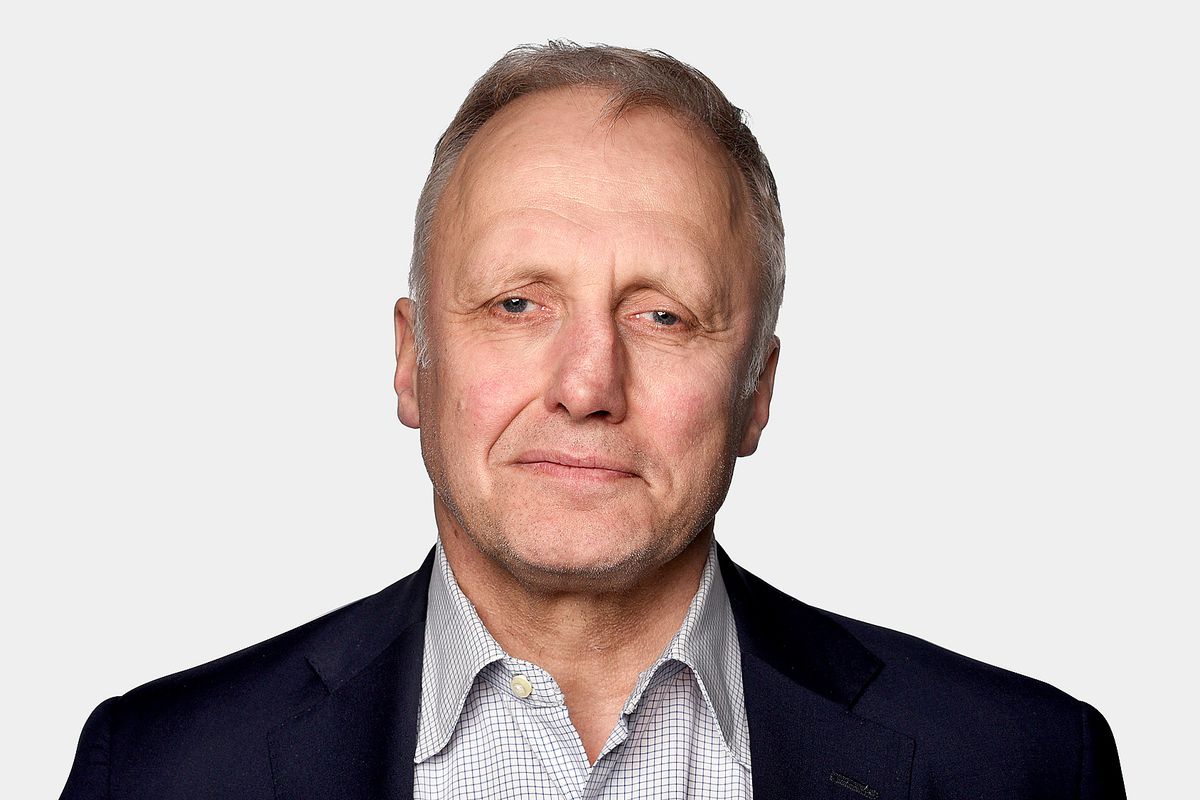 The judge for this year’s CNFC / Humber Literary Review creative nonfiction contest is Ian Brown, an acclaimed roving writer for the Globe and Mail.  He is equally well-known for his work on TVO and CBC Radio, where he was the moderator of Talking Books for more than a decade, and hosted Sunday Morning and Later the Same Day. He is the author of four books, including Sixty, which was shortlisted for the Charles Taylor Prize, and The Boy in the Moon, which won it and the B.C. National Book Award, and was chosen by the New York Times Book Review as one of the ten best books of 2011. He lives in Toronto.

Below, Ian talks about the inspiration for his latest book, his particular take on the genre of creative nonfiction, and what he’ll be looking for in this year’s submissions.

You are a journalist who also writes nonfiction books. How does being a journalist inform how you approach book writing?

Ian Brown: Being a journalist gives you a respect for facts. So I try to stick to them. I try very hard not to make stuff up. It makes for a lot of shoe-leather reporting, hunting for details—the colour of the walls of a room where a meeting was held, the exact details of someone’s clothes. Whenever I talk about long-form nonfiction, or about narrative nonfiction, or about what used to be called the New Journalism, and someone starts using the term creative nonfiction, I get nervous. I just do not think you can make stuff up, even in memoirs.

How did you decide to write your most recent book, Sixty: The Beginning of the End, or the End of the Beginning? A Diary of My Sixty-First Year (2015) as a memoir? Describe your process.

IB: I found that as I approached sixty, I was ponging back and forth between two very different points of view. One was dreary: I’m gonna die! The other was denial: I’m never going to die! And when I say ponging back and forth, I mean three times an hour. And so I thought: is it just me? It can’t be just me! It turned out it wasn’t just me. It turns out these are the two standard approaches to getting older, based on conventional ideas of how you’re supposed to feel as you age. So I set out to keep a diary of the year I was 60: at least if I made a record of my own trajectory, I’d have a record of how I actually thought and felt as I aged, as opposed to how I was supposed to feel—which is of course death to any kind of decent writing. But that task turned out to be much more daunting than I thought it would be. It required a great deal of candor, and then a fair bit of artfulness on the page to disguise how candid I was being.

What propels you to write a book on a particular subject rather than, say, an essay? Describe your process for one of your books and how it led you to explore the subject matter in this format.

IB: The subject, the story you are writing, tells you. If it’s a book, a question or a story that needs space and time to tell, to resolve, for you to understand what it is you actually think and feel about something, if the mystery lingers and you feel compelled to keep reading and writing about the subject, it’s probably a book. If you write lively stuff for two days and then you know what you think and the drive to write about that subject leaves you, it’s an essay. If it doesn’t last at least two days, it’s a false alarm.

What’s your definition of creative nonfiction?

IB: I don’t have one: I don’t use that term. It’s meaningless. I prefer narrative nonfiction, or long-form journalism, because they imply that you can’t make stuff up. I realize some people think this is a very uptight approach, but I don’t see how you can make things up and still expect readers to believe everything you say. I know there are people who completely disagree. I’ve had long (albeit very friendly) arguments about this with the likes of Geoff Dyer and many other brilliant practitioners of the form.

What excites you about the genre, and can you name any books you read recently that you thought were fantastic examples of creative nonfiction, and why?

IB: I think the chance to tell a true story artfully, to make it as readable as a novel or short story, to give the reader of nonfiction as much aesthetic pleasure as they’d get reading fiction, while also making the story true—that’s a pretty heady challenge. You have to combine the discipline of a journalist and the mystery of novel writing. You have to experiment with the form. You have to write to figure out what you think, rather than deciding what you think beforehand. At its best, writing well in this genre actually changes you, takes you places, intellectually and emotionally, that you never expected to go. In the best examples of the genre, the writer has a lot at stake, subject-wise and stylistically.

I read new stuff, but I especially reread my favourites. They include Ian Frazier’s Great Plains (though anything by him is great); Joan Didion (Slouching Towards Bethlehem, The White Album); Tom Wolfe (especially Radical Chic and the early stories in New York Magazine and in Esquire); Mark Singer on the collapse of the Penn Square Bank (Funny Money), and William Finnegan’s memoir of a life spent surfing (Barbarian Days); Calvin Trillin (Killings, but also his food books and the “U.S. Journal” stories he wrote for the New Yorker); Susan Orlean (again, just about anything); Nicholson Baker’s journalism; Nick Paumgarten’s journalism; Jia Tolentino’s latest book; E. B. White’s Here Is New York, and any number of his essays; A. J. Liebling on boxing or eating or war or southern politics; Geoff Dyer on India or on having writer’s block; Marni Jackson’s The Mother Zone; Elizabeth Kolbert’s books on the environment; Ron Graham about religion (God’s Dominion) or politics (One-eyed Kings); The Shadow of the Sun and Travels with Herodotus by Ryszard Kapuscinski; David Macfarlane’s The Danger Tree; Don Gillmor’s books, including his very moving latest, To the River, about his brother’s suicide; Norman Lewis’s writing about Essex. There are dozens of others. But they’re all great reporters and great stylists. They compel you to read them, with both their content and their form. I think the future of nonfiction lies that way, if only to break through the flood of material the internet has dumped upon us.

When you review the submissions for this year’s contest, what will you be looking for and paying attention to?

IB: A good story; a compelling style; an original voice; an understanding of both reporting and structure; intelligence as well as compassion. I’m sure I will find all of them, and can’t wait to see what the new generation of nonfiction writers is up to.

Interested in participating in the 2020 contest? Find out more here (*extended deadline February 8!).