Announcing the judge for the 2016 carte blanche/CNFC contest

carte blanche and the Creative Nonfiction Collective Society are pleased to announce the judge for our third annual creative nonfiction contest: 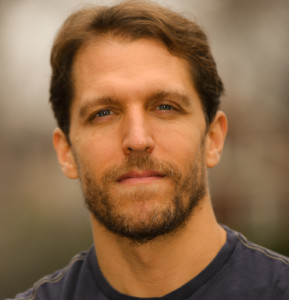 Deni Ellis Béchard is a journalist, novelist, memoirist, photographer, and activist. He has published three books, the first of which won the Commonwealth Writers’ Prize and was translated into French, Arabic, and Russian. Deni will also be delivering the keynote at this year’s CNFC conference in Banff, where he’ll address the importance of the narrative arts in a time of social and environmental upheaval, and discuss how writing can be activism while maintaining artistic and journalistic integrity.

Deni’s articles and photos—often about human rights, women’s rights, and conservation—have appeared in dozens of newspapers and magazines, including the LA Times, Salon, The Guardian, La Repubblica, Vanity Fair Italia, The Solutions Journal, The Harvard Review, The Herald Scotland, and Foreign Policy Magazine. One of his photos of Afghan women cyclists has been exhibited in the Canadian Museum of Human Rights. He has also published a book of journalism about conservation in the Democratic Republic of Congo and a memoir about his father who robbed banks. He has two books forthcoming in 2016: Into the Sun, a novel about the Civilian Surge in Afghanistan, and Kuei, je te salue, a book about racism against First Nations people in Canada.

The contest long list will be announced later this week.